Despite the U name, focus more on the 11, as this is HTC’s new 2017 Flagship the U11. Whilst the design of this new HTC will look incredibly familiar to those who have seen the U and U Ultra devices, the same reflective liquid design holds true on the U11, but what’s changed is the anti, this is now a fully powered flagship with the latest Snapdragon 835 Processor to boot, and it’s even running the latest Android 7.1.1, a very important difference to the standard Android 7.0 found currently in the Galaxy S8, as that brings a ton of performance fixes. 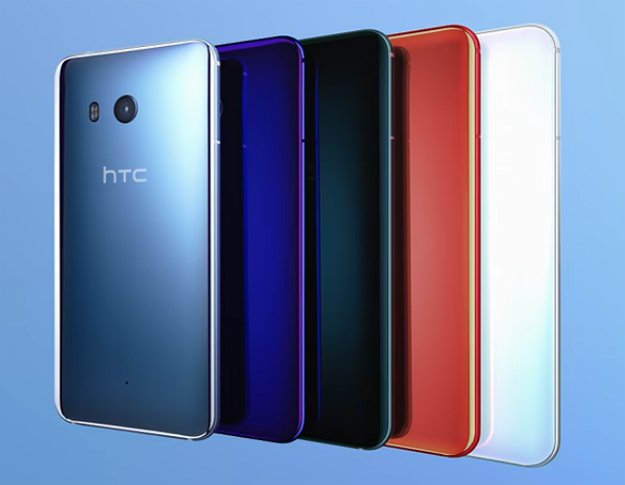 As you’d expect the design is very HTC, it’s colourful, it’s vibrant and whether you opt for Black or White, or go more out there with the Red, and two Blue colours, you’re left with a device which honestly looks great. The only problem however with that design, is the same problem we had with the U and U Ultra which share it’s design, it’s an INCREDIBLE finger-print magnet, those who that will bother will likely wish to opt for the White and Silver colours as they’ll hide it better. 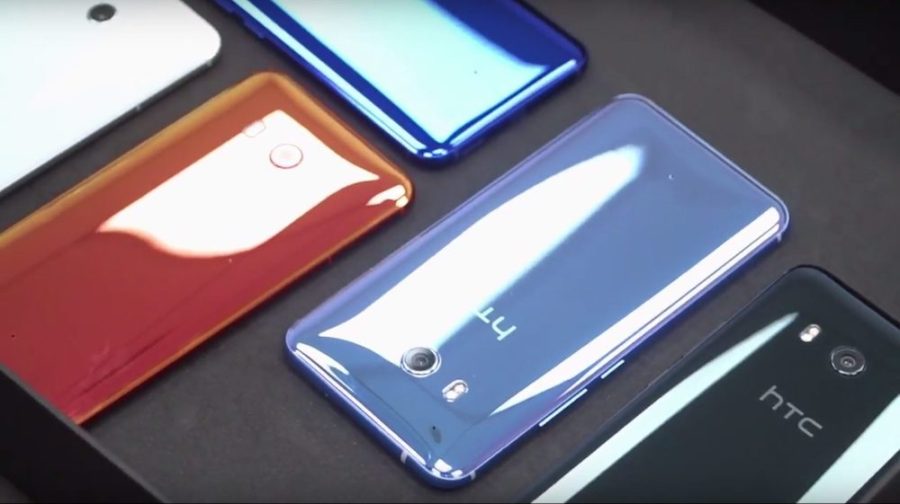 The design shortfall is as clear as day here, as it’s not only a fingerprint nightmare, but a Camera nightmare too as any and all reflections shine off this thing. Now, you may like this, and we know many that do, if that’s the case, great, as this Smartphone has a lot more to offer you for your buck which we’ll get to now.

A Smartphone you can “squeeze”? EDGE Sense

No really, this is the first Smartphone you literally can squeeze for a reason! HTC have incorporated a new mechanic (or gimmick) called Edge Sense, where you can either lightly press, or hard press the sides of the Smartphone to initiate shortcuts and commands. One of the nice defaults, is squeezing the sides to bring up the Google Assistant (Alexa soon), or taking a Photo, with a hard squeeze to switch Camera, but all of theses can be mapped to many options.

The only problem with Edge Sense is really simple. Why would anyone want to squeeze their Smartphone? Well, who knows, one thing we do know is, for now, we’ve not had a long time with the Smartphone, so maybe this will take off, though we honestly doubt it.

Still no jack, but at least this time an Adapter!

The HTC U11 has, as expected, dual Speakers under the BoomSound brand, a pair of really great Headphones, the same in fact which came with the U and U Ultra with all that noise cancellation, but all of that is done by a USB-C port, not a headphone jack. It seems HTC is continuing to follow Apple to that trend, whether that pays off with HTC being the Smartphone brand desperate for a sale these days is yet to be seen, but one thing we are at least glad of, is they at least threw in an adapter this time … honestly, whoever’s idea it was not to put one in the box of the U and U Ultra, well, clearly got the message of that being the wrong decision. 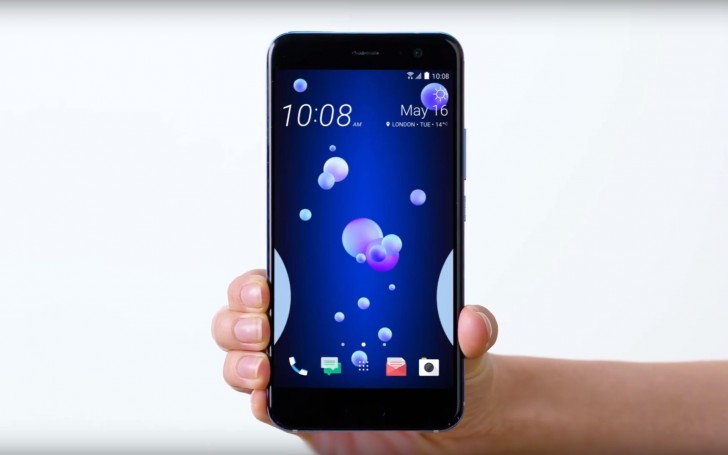 The HTC U11 packs everything a Smartphone needs internally, the latest from Qualcomm backed up by 4GB of RAM (6GB in some regions) and 64GB of expandable storage. A decent 12MP UltraPixel Camera and still industry leading 16MP Wide-Angle Selfie Camera all help proceedings, with a great Audio solution from BoomSound … so, what’s the problem?

Well, the problem is the thing you look at everyday, the display. We’re not saying the SuperLCD QuadHD panel on the U11 is bad, it’s not, it’s actually one of the best looking displays we’ve seen from Smartphones this year, but it’s a box standard display like the Xperia XZ Premium, meaning it’s not part of the newest and becoming very popular trend in Smartphones today, the end of the bezels!

With LG, Samsung definitely and even Apple expected to join, HTC’s U11 looks like one of the best Smartphones which will once again get glanced over as it’s missing that extra umpff it seriously requires to make an impact on the Smartphone market. Pair that with some incredibly dated included HTC apps and the launcher and it’s quickly apparent that whilst the glossy back is very appealing, the front and rest of this Smartphone are likely going to fall very flat on the eyes of the majority of consumers.

That’s not to say everyone supports this new reduction in bezels, there’s a collection of ways in which it’s incredibly impractical, but it is the latest trend and we expect it’s likely going to get lost in the wave that is Samsung’s marketing department, especially looking just like the mediocre device they announced at the start of the year!

The HTC U11 will go on sale in June for 649 whether you bob a dollar or a pound to the front, gotta love that exchange rate. The real bummer in the United States will likely be that it will be a Carrier exclusive to Sprint, though will be available SIM Free for that $649 we mentioned.

Us UK folks can get it for £649 SIM Free from Amazon, Very and Argos, and available cross networks from EE, O2 and Carphone Warehouse.

5 thoughts on “HTC announce the all-new HTC U11 Flagship!”