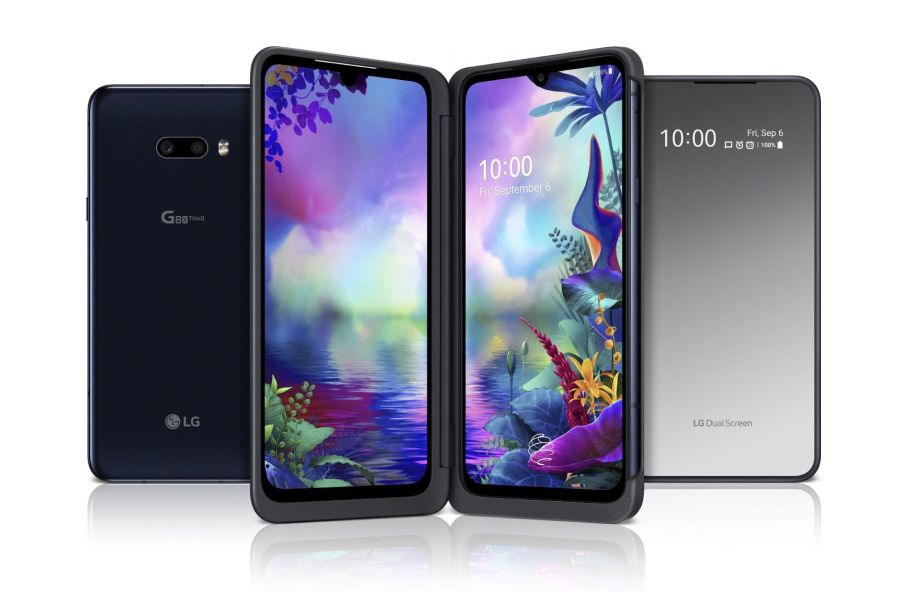 This isn’t the first time LG has pondered the idea of a dual-display on a Smartphone, however the last effort never made it to English speaking shores, this one will. The LG G8X is a minor update from the former G8, though supports a new Case LG supply which in it features a second display, which can honestly be used for absolutely anything.

One difference most will find negative about the G8X, is the lower resolution 6.4 inch 2340 – 1080p panel on the device, we’re not sure if this is due to the fact the secondary one is 1080p, but guess it will mean better battery life, which when you’re carrying two displays could be pretty useful. 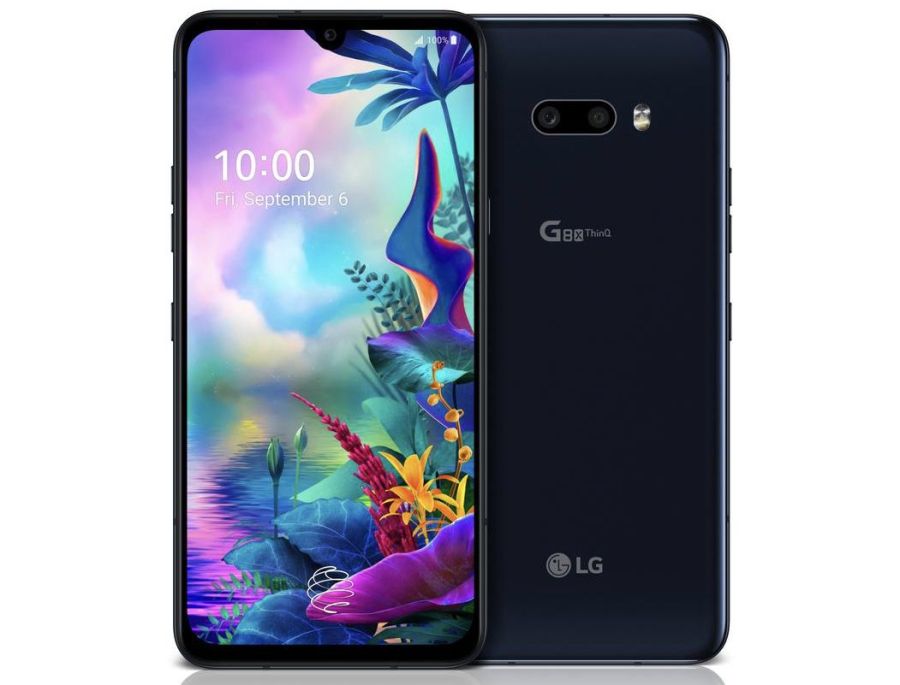 But, how does it stack up as a Smartphone, outside of it’s dual-display tricks. Well, spec wise you’re looking at a fairly generic 2019 Android smartphones with the Snapdragon 855, 6GB of RAM, dual Front firing Stereo speakers with even Volume, in-display Fingerprint scanner, Quick Charge 4.0 and this thing called a Headphone Jack, with LG’s typical stamp, 32-bit Hi-Fi DAC. The reason we emphasised the even volume is due to the fact near-all dual Front firing speakers either have a more powerful top, or bottom, speaker, never both. The G8X also has a dedicated Google Assistant button, which, whilst isn’t needed, we guess anything is better than a Bixby button.

Camera wise, LG have packed their usual dual-Camera array from LG, this time with a 12MP Camera backed up by a 13MP Ultra-wide. Front Camera on the G8X sounds pretty incredible when you find out it’s a 32MP sensor, however it will pixel bend down to 8MP, which hopefully should mean it will be nice and clear.

For rear cameras, like the G8, the G8X has two. There’s a 12MP standard and 13MP ultra-wide. The front-facing camera has a 32-megapixel sensor, but LG says by default it’ll capture images at 8MP.

Dual-display: The possibilities, options, but also, why?

So, the G8X is a decent Android device in its own right, however that’s naturally not what has got most peoples attention over when it comes to the device, it’s naturally the secondary display option.

The display, unlike LG’s last effort, is now a complete mirror of the main panel, the same 6.4 inch 18:9 1080p OLED panel, though still featuring the tear-drop notch, which is an odd aesthetic choice, but it’s there. Despite the fact these are 1080p wide displays, these are still some decent OLED displays and LG has certainly come a long way in that regard.

LG has demonstrated many ways of using the secondary display, naturally two apps at the same time as shown above, but also as a Gamepad, full screen keyboard, the possibilities (if devs get behind it) are literally unlimited.

However, it certainly brings up an interesting point…

Is a Dual-Display better than a Foldable Display?

The question which comes up when it comes to a Foldable Display has always been the promise versus execution, however when you look at what a Foldable Smartphone is attempting to deliver, then compare it to what LG can deliver with a Dual attachable Display, you begin to notice some very interesting similarities. Whilst, naturally, most want a Foldable Display to get a Tablet on the go, however the problem with that promise is your end result is the smallest Tablet you’d ever get, but in terms of everything else LG can serve, and more practically.

The biggest issue we have with Foldable Smartphones, whether Samsungs, Huawei to the smaller branded ones, is that they make far too many compromises on the Phone side, to deliver a Fold, when in reality it should be an extension of a working traditional Smartphone. It’s clear as day if you’re on the Phone via a Galaxy Fold, or the Mate X, that people can tell you’re not using a traditional Smartphone, and, quite frankly, it’s an eye-sore. Reminds us somewhat to the Nokia N-GAGE, a Gaming phone made by Nokia, which looked and acted very well as a Gaming device, but as a Phone was very compromised, however in time that was figured out with Touchscreens, and we think that Foldable devices will eventually be figured out, but in the meantime it looks like LG definitely has the more practical solution, if anything due to the fact that if you don’t need it, you don’t attach it and you’ve a “normal” Smartphone until you do again.

What do you think? Do you believe a Dual-Display option is better than a Foldable one.