With such a wide collection of Smartphones available these days, it can sometimes be hard to pick the best one for you. Having said that, when we decided to pick out the best five Smartphones, you’d be surprised just how difficult the start of 2018 was to go through. We’re not saying the new phones recently aren’t very good, but weren’t exactly spoiled for choice! But hey, it’s early, and heres how we got on.

Without further ado, here’s our Q1 of 2018, the Best Smartphones You Can Buy Right Now; 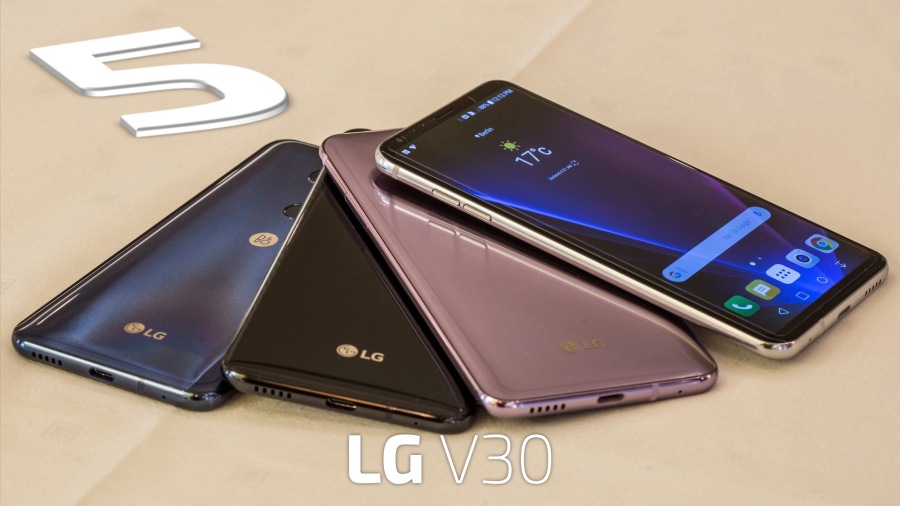 The LG V30 may have been released last year, but that hasn’t stopped it from remaining one of the best underrated Smartphones of the year. Seriously though, where did this come from? LG completely surprised us with the V30. The LG V line of Smartphones tend to traditionally be rather conventional, rather blocky designed product with the clear focus on Camera and Audio, whilst that focus hasn’t necessarily gone in the V30, what has gone is that conventional design, in replace with what’s easily their best looking Smartphone to date, we love this design!

Whilst the rather modularity of the original V10 has gone, and the dual display is gone, what you do have is a far more refined version of the G6, with the latest Snapdragon 835 on top of the latest Android 8.0 Oreo, however literally the only thing that will let you down with the V30 is the complete reason why the device is our Number 2, rather than Number 1, LG’s software skin. It’s not terrible, but it reminds of the old Samsung days, don’t get us wrong it’s fixable on Android rather easily, but we always review all devices for their out of box experience and that’s one area where LG falls short.

Where they don’t fall short is in both Cameras and Audio. The LG V30 has a dual-Camera set up at the back of the device, which takes the alternate approach of using the second lens as a further zoom back, creating an almost Super Wide Angle affect, which has now been incredibly refined on the V30. Previously, the second lens would create artefacts and curvature at the edges, on the V30, everything is good and just looks incredible. Photo nerds will also love the vast level of options that LG have added to the V30s Camera, including an incredibly useful zooming functionality, which allows you to smoothly zoom seamlessly giving your videos a much more professional feel, which we love absolutely love.

Another area we’re incredibly in love with on the V30 comes down to Audio. Now, the V20 already had industry leading Audio from it’s 3.5mm headphone jack, thanks to a powerful 32-bit DAC and support for Lossless formats natively, this is the phone for Audiophiles! LG have proved time and time again to, not only Apple but other manufactures removing it too, that the headphone jack is still the more powerful solution for Audio output, and we love that. Do make sure you enable the High Performance DAC in the shortcuts top of Notification Shade though. Regardless we absolutely love the V30, just wish that LG’s skin didn’t annoy us.

We’re so happy to finally see Nokia return to the Smartphone landscape, and whilst we’ve not seen too many headline Smartphones from the company just yet, they knocked it out of the park at MWC with this, the Nokia 8 Sirocco. If a Smartphone looking the part, is what you’re looking for, you can’t really deny that Nokia have gone all the way with the 8 Sirocco, it just looks premium, looks expensive, likely due to the fact it kind of is, but at the same time is a pleasure to use.

Nokia opted for Android One for all their Android offerings, which may seem odd at first, but remember, that’s Stock Android, with updates aided by Google themselves, so this is a device that not only performs well, but should last as well. The device has a great Camera, great display, granted it’s a shame it doesn’t have the Snapdragon 845, rather the 835 is featured, but that doesn’t stop us loving the device. Nokia, as you’d expect, have a very decent dual-Camera setup at the back, whilst it may not be the infamous Lumia 1020 successor, we’re all waiting for, it’s still a very decent shooter.

We almost have to mention, however, if you don’t need true flagship specs, the Nokia 7 Plus, is something worth looking at as well.

We’d like to make it clear before we continue, that we are talking exclusively about the XZ2 Compact, not the larger XZ2. Sony promised a lot out of their new Smartphones this year, and if we’re honest they didn’t deliver even slightly. The XZ2 just doesn’t hold up at all versus the rest of the Smartphones out today, however, Sony has a smaller ace up it’s sleeve, and that’s the XZ2 Compact.

Outside of Apple’s very ageing SE, Sony is the only player out there still updating a smaller handset with flagship specs and performance, and the XZ2 Compact goes further than anything ever has in it’s size! For a device the size of a normal 4.3-4.7 inch Smartphone, Sony have packed an 18:9 5 inch display with a decent 2160 x 1080 resolution, which for this size is actually really good, plus you’ve the latest internals such as a Qualcomm Snapdragon 845.

In fact, minus a plastic back, the Xperia XZ2 Compact pretty much packs everything you’re going to see out of much larger 2018 flagships, in a smaller form factor, and it’s for that alone, we can’t help but praise Sony for keeping these kind of device around! 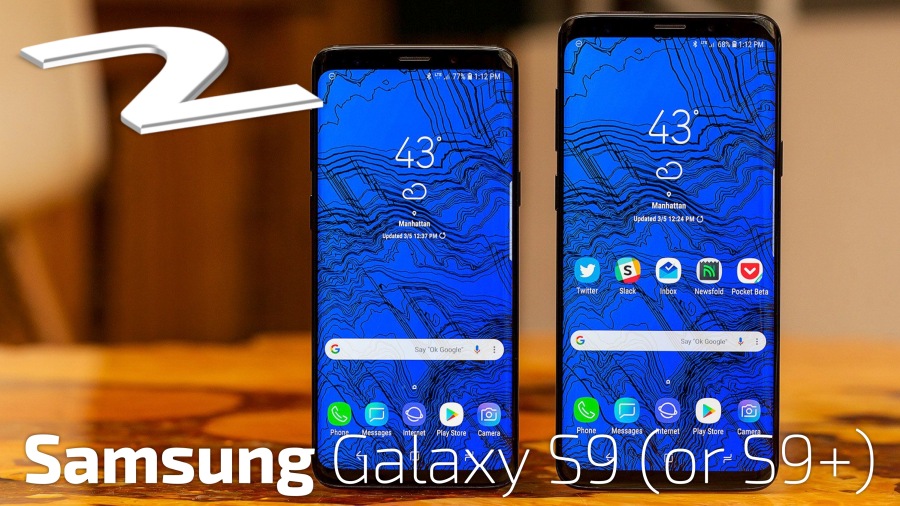 Now, we all know what you’re likely thinking, why not number 1, and we’ll explain that shortly, first, let’s go over the S9. Samsung once again released one of the most highly anticipated Smartphones of the year, and it most definitely delivers! Whilst, the Galaxy S8 remains a fantastic Smartphone, in it’s own right, it’s clear that Samsung was listening, as almost every niggle we had with the S8, has been fixed!

Awful fingerprint scanner location, now in the centre and easier to reach, weedy single bottom firing speaker, now you’ve dual-Speakers! See what we mean, pretty much everything that was complained about the S8, has been rectified, everything else refined, and you really do notice that refinement as you look all around the Galaxy S9. Nothing’s removed, or changed if not needed, just fixed where necessary, and whilst that’s great, that is one of the biggest reasons it stuck at number 2.

Whilst the new Exynos 9 (or Snapdragon 845 in other regions) is incredibly fast, the fixing aperture in the Camera is an incredible feat of engineering, the totally not copying Apple AR Emojis are great for 5 minutes, the fact remains that outside of these changes, it might as well be a Galaxy S8. Don’t get us wrong, if you’ve a Galaxy S6, absolutely this is a fantastic no-brainer upgrade, but if you’ve an S8, you’d almost be silly to bother.

Here we are again, another year, a new Pixel. It hasn’t exactly been a smooth ride for Google, like last year, but it’s impossible to deny the quality of the Google Pixel 2 and 2 XL. With most display niggles amended in software and newer units, this is the device for two key factors, which it bests on. One, software experience, and, two, Camera. There’s no denying it, the Google Pixel 2 devices have the best Cameras of the year once again, and with Android Oreo, you’ve easily the cleanest Software experience you can get on a Smartphone today, well, unless you update last years Pixel devices of course.

The new Pixel 2 and Pixel 2 XL also feature a few tricks up their sleeves, such as the new Now Playing and Google Lens, but let’s not forget the Pixel Visual Core, which once launched will make your Camera even better and faster at the HDR+ level, which means an already great Smartphone is only going to get better and better.

So, there you have it, the Google Pixel 2 XL remains our Smartphone choice as we beckon in to 2018. That isn’t to say it’s safe in that position, we’re expecting a lot more to come out of 2018, and here’s hoping a beast of a Smartphone is just round that corner.