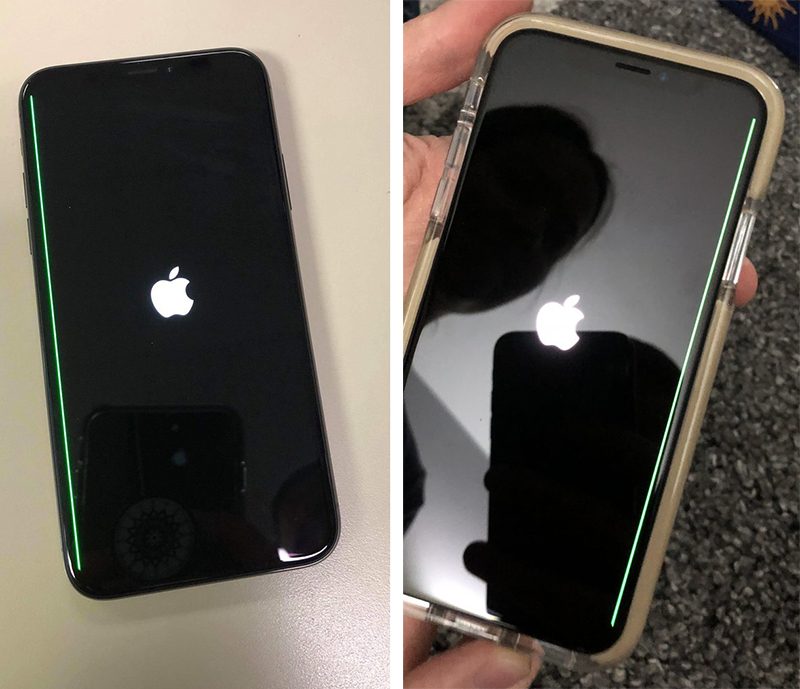 However, unlike Samsung’s latest displays, Apple decided to go with a Pentile display, oddly, which is a lesser quality variant of OLED manufacturing, and an older generation of panel by Samsung, this means the sub-pixels on the display are in a diamond pattern. This hasn’t stopped many praising the iPhone X, likely due to Apple’s likeness to more accurate colours, over the super saturation which Samsung adds in software for their displays. 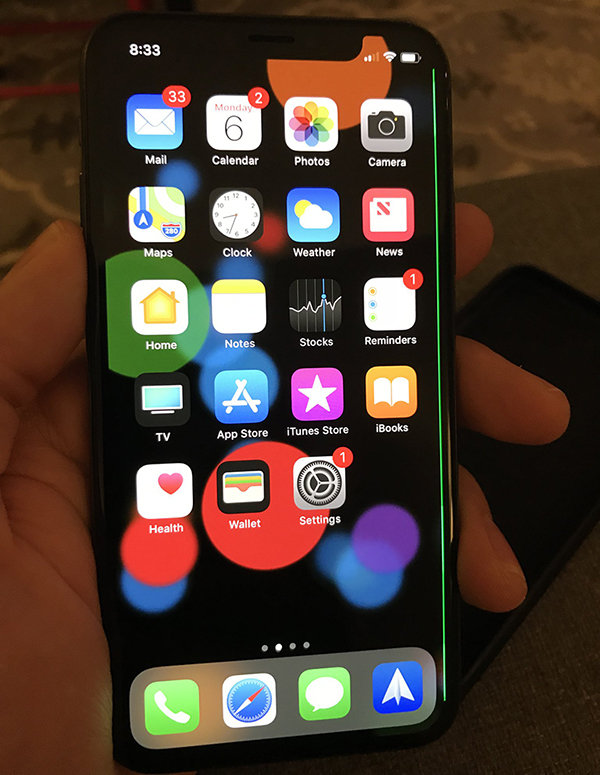 The production of the iPhone X display, being a last gen Samsung panel, has led to some interesting last gen Samsung panel issues, in this case a mysterious coloured line displaying down the entire portion of the display! Some have reported it on the left and right edges of the display, some have it more further in to the display, like the image shown below. It’s important to note, that none of these units faced this issue out of the box and typically within the first 24 hours, the issue began to appear after that time. 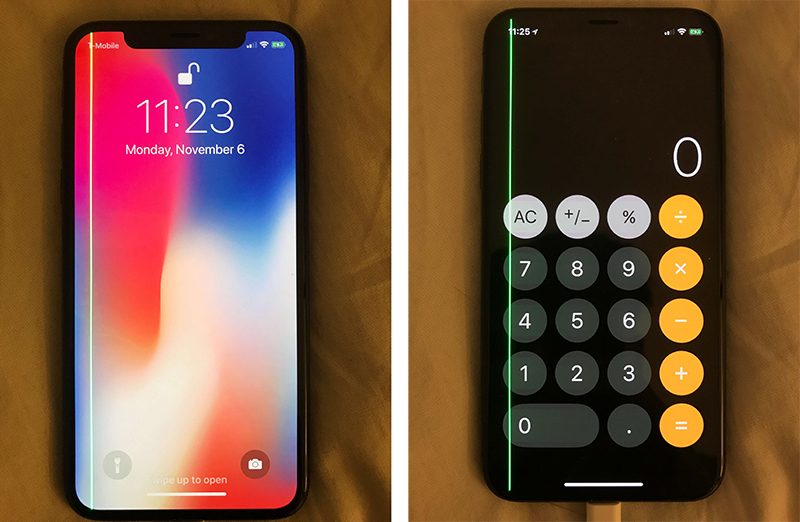 The green line doesn’t affect Touch sensitivity, presses still register, 3D touch still operates as normal, it literally just affects the Pixel portions of the display affected by the issue. The issue is not software related, and a Restore does not alter the issue in any way, this is a hardware issue and users facing this problem are advised to Contact Apple for a replacement.

Cause of the issue is expected to be an electrical fault within the Pentile Display Panel causing voltage to flow through all the green sub-pixels, rather than any of the red and blue.

When we reported that the iPhone X was using a last generation panel from Samsung, no one seemed to believe us, however, if that isn’t the case, does anyone find it ironic that issues the iPhone X is now facing are last generation Galaxy S7 problems?! Whether you believe Apple’s wall of marketing jargon or fact, let’s have a look back at a similar issue facing last years Samsung flagships.

Last year, user of the Samsung Galaxy S7, more so the S7 Edge, faced a similar issue with their displays oddly displaying a line, however this was more a Pink / Purple line, the colour change likely due to the difference in Pentile versus AMOLED variants of OLED production, though the cause of the issue back then was confirmed by Samsung as a hardware issue on a mass production level, and units were replaced, as is likely with the iPhone X.

What do you think of the issues facing the iPhone X, have you experienced this problem?