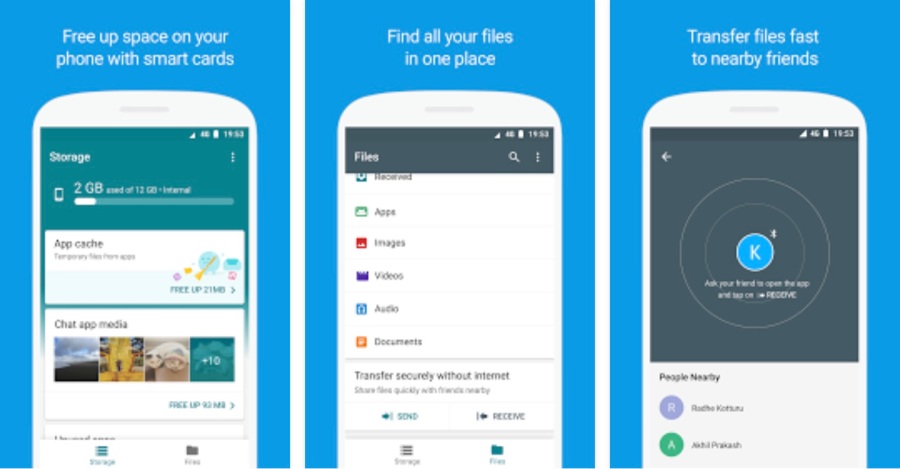 Initially leaked early in the week, during internal testing, Google have a new Files Manager coming to the Play Store for general availability, but it’s more than that. Files Go may seem at firs like a fairly basic app, especially being part of Android Go initiative, which provides light version of Android apps for developing nations, but the App actually provides something all of Android could do with, and that’s, essentially, an Android AirDrop!

But, that’s not all. The app also allows Cache clearing of your Smartphone, viewing of your Files local, but the biggest is the ability to Transfer and Receive Files from nearby friends, with or without any Internet connection!

Just like AirDrop, the service uses a combination of both Bluetooth and WiFi to initiate a transfer with varying speeds, but the big news is it’s the potential of being baked in to Android, which is great as that would be yet another hurdle Google could eliminate from potential iOS switchers. Google could even make the service available on iOS as well, that will have to be seen.

As we mentioned before, the app was initially released as a beta, but upon being discovered, Google have decided to make the App available to all in its beta period, though making it pretty clear that it’s unfinished with the pretty noticeable ‘(Unreleased)’ tag.

Get it from Google Play Store here