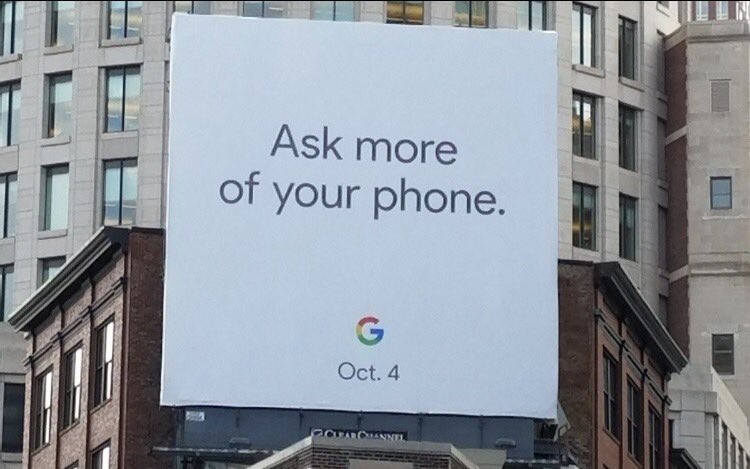 It’s not normal that you see a briefing for an as of yet unannounced Smartphone on a billboard, but in the case of the Google Pixel, that certainly looks like it was the case.

Since the billboard was noticed, Google has since sent invites out for an event to take place on that very date, Wednesday 4th October in San Francisco, and honestly we can’t wait! You should “Ask more of your phone”, according to the teaser, let’s just see what they’ve got in store for us!

The Google Pixel was without a doubt the best surprise out of 2016, and easily one of our favourite phones of the year, which considering it came out late like this year, that’s saying something.