After seeing a bevy of updates from Microsoft this week in relation to the Surface line, we were actually interesting in see what Apple branded the new “future Pro notebook”, and, well, that’s what we got in the new MacBook Pro, both 13 and 15 inch variants.

What we didn’t get however was any wow from the devices, even though we should have expected all they mount to. If you’re a fan of, or familiar with, the 2015 MacBook, then the new MacBook Pro won’t come as much surprise to you, though traditionalists beware, this is another one of those 2016 “Courage” products, though at least one which does have a headphone jack. 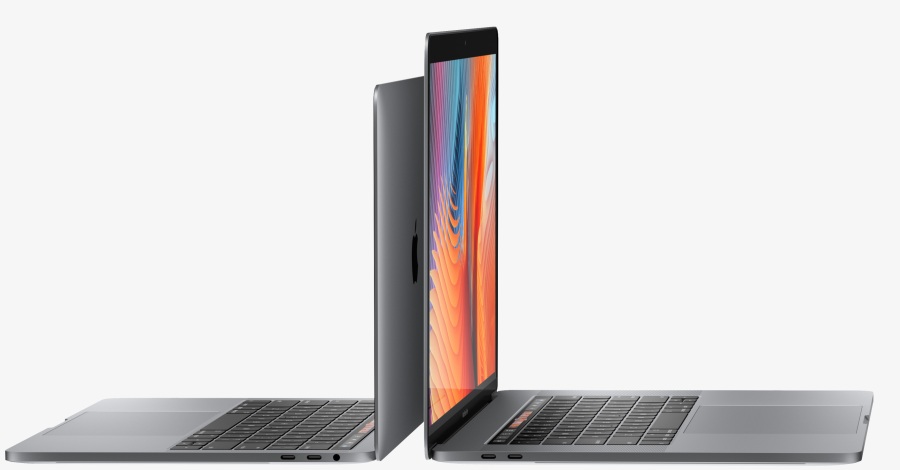 The design is ample, it’s what you’ve come to expect from an Apple notebook, though nothing new and fancy to write home about, though annoyingly the new MacBook Pro takes away near-on everything which made the Mac notebook line so appealing and, at their times, some including today, unique.

Don’t get us wrong, there’s a lot to love in terms of versus the previous generation, the display is much improved, essentially matching the colour accuracy of the 2015 MacBook, though no OLED, where you will find OLED on the MacBook Pro however is somewhere we’ll talk about shortly. The devices are light, as in barely 3 pounds or 4 pounds for the 13 or 15 inch models, and whoopty-doo they’re thinner, though to people who want a Pro laptop really care about thickness … answer, no!

Then continues the rant that the new MacBook Pros use last years Intel chipset rather than the just released ones, we don’t enter this that impressed that’s for sure.

One thing which we are interested to test out are the new Speakers. Our favourite feature of the Apple iPhone 7 and 7 Plus are the Speakers, and that 2015 MacBook could scream, so these should be some pretty nice Speakers.

This is the Touch Bar, yes that’s what they called it, at least it’s not called Magic Bar though we believe that’s been taken. So, what is the Touch Bar. The Touch Bar is essentially an OLED Touch-screen display built on top of the keyboard housing. Paired with the keyboard and stupidly sized Trackpad, which we’ll get to, the Touch Bar will be where you’ll find all your Navigation tools and ways to interact with your Applications in one place.

On paper, the idea is very good, and it’s definitely got it’s pros, for example in Safari you can see your bookmarks, as you type you can see suggestions, you can drag through additional controls, it’s all very good, however the problem we have with the Touch Bar is honestly, why? The added functionality is very awkward to use, and the Tasks that you can complete on the Touch Bar would probably be easier set done with the FN keys it sets to replace. The user experience is naturally very inconsistent, though that may be a good thing, meaning that it really is to-app meaning you can get more out of it in many ways, though it really comes down to this; Apple, being the hardware company they are, don’t want to put a touchscreen on their Macs as they likely want to sell the iPad and iPhone, this is them using that narrative to their loyal following. The Touch Bar has it’s uses, but it has more of its cons, similarly we agree that touchscreen PCs are stupid, but when they’re able to adapt to a better environment, tasks such as Photoshop which was demoed using this in the Keynote, works miles better with either a finger or pen.

One area I will credit them for with the Touch Pad is Touch ID. The ability to use a Fingerprint scanner in a Computer is of course nothing new, that’s where it originated, but with Touch ID on the MacBook Pro we think it’s the one area they’ve done completely right!

You can use Touch ID for honestly the number 1 biggest request, User Account switching, which to us is a no brainer for ALL Fingerprint scanning devices with this functionality in the software. Whilst yes you can use it to unlock your User Account, if it’s a Shared machine and another user puts their Finger on the scanner, it will switch to their Account, awesome!

Then of course there’s Apple Pay. It was rather obvious with macOS Sierra having Apple Pay in the Safari browser that this was coming to some Mac soon and it’s here. Obviously Apple Pay requires some level of in-built security and a secure enclave containing that separate chip required is built in to the MacBook Pro which Apple brands their ‘T1 Chip’.

The why part of this MacBook Pro continues, this time with the Trackpad. It’s twice as large and barely hugs the bottom of the Keyboard, which we’ll get to as well. We challenge anyone to find a reasonable use case for a Trackpad this large. The existing Trackpad was more than sizeable versus the competition, and what already mocked for being a bit much, now this truly takes it too far. Like with all Apple’s new notebooks, it of course has the infamous Taptic Engine, meaning a Click isn’t really a Click, something we’ve never liked and wasn’t great on the iPhone 7 either.

Other than that, the Trackpad on the MacBook Pro is set to work more or less exactly like that on the other Notebooks featuring the Force Touch Trackpads, but we really cannot see a rightful reason why the Trackpad needs to be this large, which as you can see on the 13 inch model shown, just looks stupid and we imagine will make typing very awkward.

Speaking of the Keyboard, that hasn’t ended the problems. The generation of MacBook Pro this will succeed had without a shadow of a doubt the best notebook Keyboard you can ever find, this one, won’t. This is another one of those areas where Apple has traded the thin-and-light mantra, whilst throwing away functionality and use. The typing experience on the 2015 MacBook is terrible, this features the same Keyboard technology with slightly (we’re talking mm) greater travel, not good. Sure, they’re backlit, sure they’ll do the job, but if you want a notebook for typing, look elsewhere.

Thunderbolt 3 is a super fast port, in fact using them the 15 inch variant is able to utilise 2 5K monitors. Thunderbolt, technology developed by many but led by Intel, uses the same USB-C standard housing, meaning whilst it will be branded as Thunderbolt 3 for the performance increases from regular USB-C, in terms of accessories and options, it’s USB-C.

What this means is, pretty much everything you can do on this thing, will likely down the line require an Adapter. Enjoy that. One plus to this naturally is that the MacBook Pro can charge from any of two/four locations as it charges by USB-C so doesn’t that make the trade-off perfect.

Here’s your out of the box specs and just wait until you hear the prices, starting with 13 inch;

Interestingly Apple also released a regular keyboard model, as in this one has a psychical role of ESC plus FN keys, though the savings ain’t much.

And we know you’re out there, if you’re one of those that has money of the land and wants to go all-out, these are the top possible specifications you can push;

All that, if you did, would come in at an insane;

Not including likely required Adapters.

So, it’s clear to see, we ain’t impressed with this thing, it offers nothing for Consumers other than an over-priced, last years spec machine requiring adapters across the board. This is potentially Apple’s worst Mac introduced, we said it sets a whole new bar and it does, a very low one. Well done Apple.