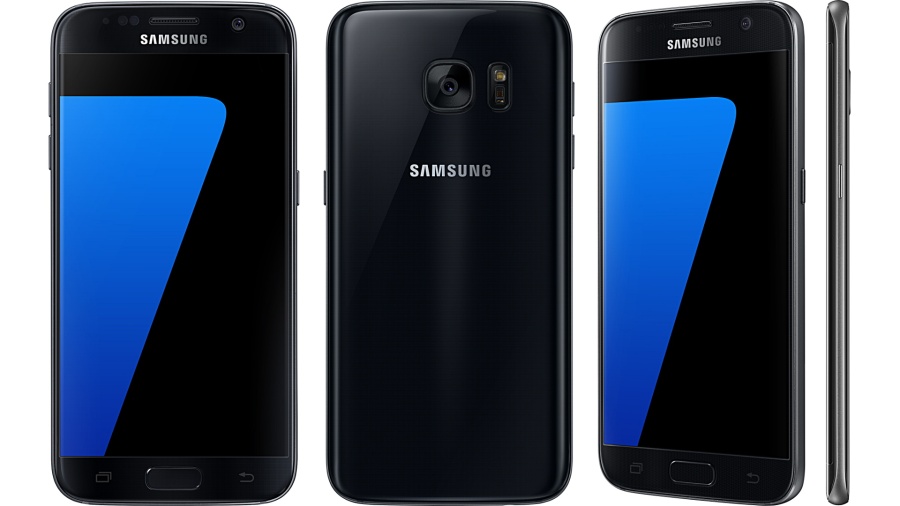 We do this every year, Samsung releases a new duo of Flagship devices, we give the smallest of fanfare of minimal changes from the previous, then move on, but something is slightly different in the case of the Galaxy S7. Whilst we covered the device back at Mobile World Congress, we were initially left unimpressed. Granted, the device appears just like the S6 before it, however, bang on a restrictive wire at the back of it, it sure feels the same, but now we’ve had chance to play around with it for a review, things seem a lot different. For starters, the subtle changes, whilst minor, do make a big difference, such as the now curved sides of the back make a huge difference in the hand, which whilst make a more comfortable difference with the S7 rather than the S7 Edge, which as we mentioned with the S6 Edge and Note Edge we’re still not fans of the Edge devices in terms of feel.

Whilst the bottom may still make reminiscence of certain Apple phones, you still can’t deny the Design language introduced on the S6, and now refined with the S7, isn’t a marvel of beauty, especially on the Edge with that seamless curve on the AMOLED Display, and whilst it may still be a finger print magnet, it looks darn good doing it…once you’ve cleaned it the 70th time. Whilst the design refinement, as we mentioned, at the back is great, we would have much preferred Samsung to create some magic Glass which never gains fingerprints, but no company has managed that just yet. Samsung have also managed to decrease the bump, as it were, in relation to the protrusion of the Camera, though that’s not the only thing in relation to the Camera that’s gone down, but we’ll get to that later.

We decided to review the Onyx Black variant of the Galaxy S7 for the simple reason of just how sleek it looks, especially in relation to how the AMOLED Displays deep blacks seamlessly lie flush with the Display area. Like all Phones, the device is available in alternate colours, in our opinion, minus the White colour, the rest look simply disgusting so we won’t delve on those any more, just remain on the tracks of the positives around the Galaxy S7.

I know we just said let’s remain on the positives, and now we’re about to talk about one of the most criticised skins on top of Android, TouchWiz, but to be honest there’s many areas where we’re getting to the point of not finding TouchWiz that bad … but we won’t get too high about it, but it’s actually now bearable, and more importantly, you can make it work around you to the point where you can forget about the bad sides of TouchWiz, and take advantage of the good sides which have always been there.

TouchWiz is most of the time very annoying, whilst there’s areas that make you literally gip, looking at you Settings, when it comes to unique advantages like one handed usability and split screen multi tasking, it’s second to none and ahead of features which are only just coming to Android N for those of the Stock variety.

Should you have purchased the Edge variant of the Galaxy S7, of course you will have a whole world of new features, most of which are enhanced versions of those previously featured, by swiping inward from the right side. Whilst some of these features we can see workable uses with, most of them we expect will probably be forgotten about going forward, and whilst it does look great having an Edged display, it does have a major issue when you try typing occasionally whilst holding it perfectly normal, so you maybe best for reliability sticking away from the Edge.

Whilst we typically find Cameras on Android phones fairly hit or miss, we’ve been very impressed with Samsung shooters of late, and the Galaxy S7 continues that trend. Whilst most Samsung fanatics, who generally are more obsessing on spec numbers than actual value, may find the reduction to 12MP a deal breaker for the Galaxy S7, the bigger Pixels do end up with a better clearer image overall, though naturally a reduction in Megapixel will affect you if you like to Zoom, but should you be taking Pictures regularly using Zoom we’d likely recommend a DSLR.

The only problem we do have with the Galaxy S7 Camera, mainly in comparison with the Galaxy S6 one, due to that reduction in MegaPixels the Camera is now 4:3 by default, should you wish to take your Photos in 16:9, you’ll be back in the days of 9MP, which still isn’t a deal breaker but a sure reduction. Although at the end of the day, the Pictures are crisp and beautiful, and at the end of the day, we can’t complain about that. The software Camera is simple, or functional, where you see fit, double tap the Home button and the Camera is there before your finger leaves the button, and taking a snap is quick and detailed when it does.

We do apologise if you were expecting much of an in depth Camera we’re afraid we will let you down, though Juan, formerly SomeGadgetGuy, now at Pocketnow, has a very detailed Camera shootout from the S7 available here. As far as we’re concerned it takes Pictures, and it takes them well, making it probably the best Android shooter their is.

Depending on where you purchase your Samsung Galaxy S7, you could either have a bit of what everyone else has, or something special from Samsung … blunt, but true.

As with many Samsung phones with multiple configurations, one is always faster for whatever reason, and it does seem, even if it’s only slightly, the Exynos has won this round for Graphics, tho for CPU, they pro in as many ways as con. Regardless, you’ll barely tell.

One thing we will say in relation to the differences between the Exynos found in the Galaxy S6 and the SnapDragon and Exynos variants of the S7, is the differences will be rather minimal, so if you’re thinking of upgrading in terms of performance, we’d advise otherwise.

We’ll update this as we go by, but one thing anyone can vouch for in relation to the Galaxy S6 is that the Battery isn’t exactly …great, if anything is rather pitiful, Samsung have made vast improvements to the Battery life with the Galaxy S7, but it still works around the just over average bar, but having said that a vast improvement from the S6, you can very easily get through a working day with the Galaxy S7 which if we’re honest with you has become the norm as expected by Smartphones these days.

Luckily though, should you be more inclined to purchase the more slicker looking Galaxy S7 Edge, the Battery is a vast improvement, and we’d increase this rating to our 5 – Excellent rating. Of course it’s early days, and early software for both of them, so check back and we may have updated our review to reflect our experiences.

If you were wondering, the Exynos variants of the Galaxy S7 have better Battery life than the SnapDragon 820.

The Galaxy S7 is a Smartphone by Samsung we can finally recommend, whilst we’ve being wanting to say that about many past Samsung devices, but now we finally can. The balance between features and refinement has finally being restored … or it would be if it had been there before. Something a collection of people, mostly those geeks out there, don’t understand, is the key to a good Smartphone experience, isn’t one that just looks good and is powerful which you’ve to build once it’s being unboxed and then make it your own, it needs to actually be good out of the box, this is where the iPhone success comes from, however now that Samsung has got it, things will start to get very interesting going forward. Great Camera, fantastic display, quick performer, and great outside the box.

– The Galaxy S7 is an example of refinement, throughout Samsung’s series of Galaxy Smartphones they’ve always had a feature above the rest, however refinement has never been there, we’re about as surprised as anyone to be showing a Samsung phone with refinement, yet here we are. We can wholeheartedly recommend the Samsung Galaxy S7.