Well, it’s finally happened, a moment many fans of Android and let’s be honest iOS too didn’t think was going to happen, Android Wear support has finally come to iPhone.

That’s right, now you can use a Smartwatch other than the Apple Watch, or the Pebble suppose, and use a much wider variety of Watches ranging from those with not only square, but circular faces too with a variety of build quality, colours and more. Variety really is the key to the advantage when it comes to Android Wear … as been the case with Android in general, and it’s that which Google thinks will win iOS users over with Android Wear.

However. Before you start checking that Moto 360 out at your local retailer on sale, there’s a very important early warning. The Android Wear app for iOS has a few early teething problems, some of which are not it’s fault, in fact are Google’s, being compatibility. Sure, we know that goes for the manufacturer as well, but put it this way, only Android Wear devices running the latest build of Android Wear will be compatible with the iOS app.

This means for now the app will limit you to the new LG Watch Urbane, Huawei Watch and the ASUS Zenwatch 2. Don’t get us wrong those are actually some really nice watches, and the Huawei Watch especially is very decently priced, but we know many were wanting that Moto 360 on iOS but you guys will have to wait for the ‘time’ being … see what we did there?!

What can you do with Android Wear on iPhone?

A better question will be what can’t you do, as one of the big things you can’t do “yet” on the Android Wear app for iPhone is install third party applications. Google say this is indeed coming, but they’re working on a few quirks first to get it working just right, which we’ll give them that as no one wants a buggy 1.0 release. 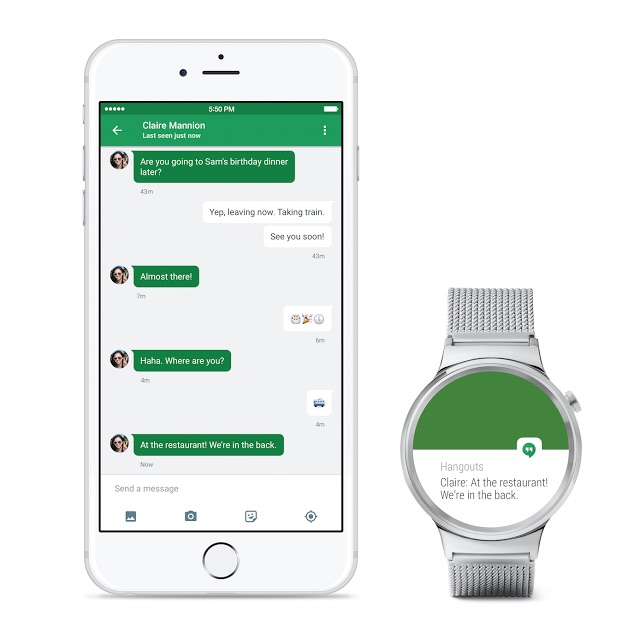 Other than that, it’s pure Android Wear, so you’ll be able to keep track of all your Notifications, alerts and more right from your Wrist. It is however important to mention that some notifications won’t get the full Android customisable interface and features due to limitations on iOS, so for example whilst you will be able to reply to a Hangouts message, replying to iMessage will be less possible, similar to the opposite at the moment on Apple Watch.

One big area of all Smartwatches is Fitness, and Google have integrated Google Fit in to the Android Wear platform on iOS, so you will still be able to continue to watch your Health going forward through Google Fit achievements and goals which you can interact with natively on the Watch and in the App.

The Verge today posted a video from Google’s campus showing Android Wear on iOS, which you can check out below; 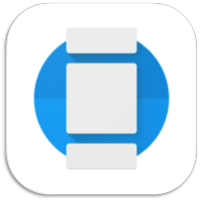 Supports all iPhones with Bluetooth 4.0LE, in other words, iPhone 5 and later running iOS 8.2 or later.

Tap the Android Wear icon to the left to download the app for free and let us know what you think.