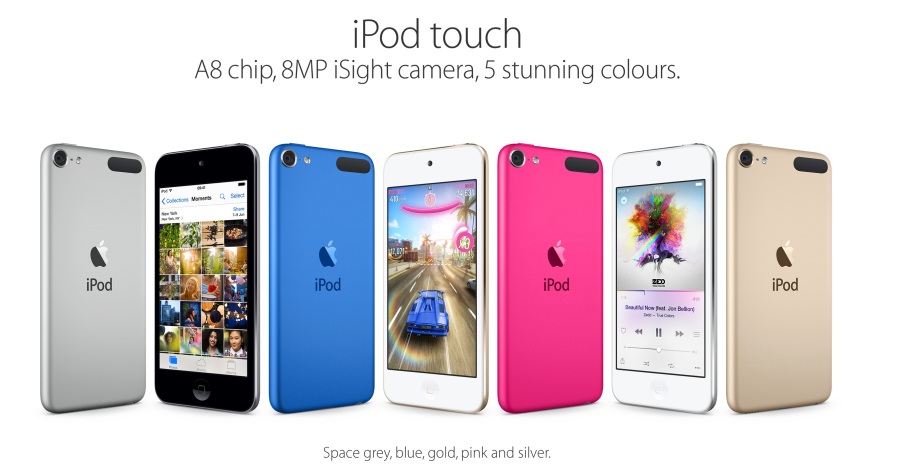 We kind of knew it was coming, but now it’s official, Apple have finally updated their entire iPod line up for the first time in nearly 2 years, but what feels like forever. Of course there’s updates to the existing iPod Nano and iPod Shuffle we’ll get to, but the biggest update and the biggest surprise has to be the new iPod touch 6th generation.

Diving further in to the new iPod touch, the highlights of what’s changed around the iPod touch are almost outweighed by what hasn’t. Many people don’t like the size of the iPhone 6 and iPhone 6 Plus announced last year, and kind of wish that power could be put in to a more compact size, and incredibly that’s what Apple have done by putting the same A8 in to the iPod touch, this is an insane upgrade from the ancient A5 in the previous generation just yesterday (which by the way is in the iPhone 4S).

The iPod touch has also retained it’s size, whilst some may have wished the iPod touch reached at least 4.7 to match the iPhone 6, we’re betting more are incredibly happy that Apple have stuck to the same 4 inch Retina Display, which does, if anything, beg the question of whether the rumoured iPhone 6C could feature the A8 instead of 5S A7 processor now Apple have fitted it in to a compact size. Another thing, Apple have taken from the iPhone 6 and put in to the iPod touch 6th generation is the larger 128GB capacity option as well, be it an Apple Store exclusive.

The iPod touch is also a better Wireless device, being one of Apple’s first devices with the new Bluetooth 4.1 standard, and is WiFi 802.11AC, which together are just going to continue to make the iPod touch a fantastic deal for those wanting an easy iOS device, and for some, a perfect portable gaming device. A nice boost of the Camera optics to 8MP with an LED Flash we’re not complaining about either.

The only thing which didn’t make it to the iPod touch was Touch ID and NFC for Apple Pay. Whilst neither of these are features we think many would miss from an iPod touch, it would still have been rather nifty to have at least Touch ID on an iPod touch, but we expect that would increase the price, something Apple incredibly haven’t done despite these massive upgrades.

If you still care, Apple also have two other iPods that saw an update today as well, be them minor, but we’ll mention them anyway. 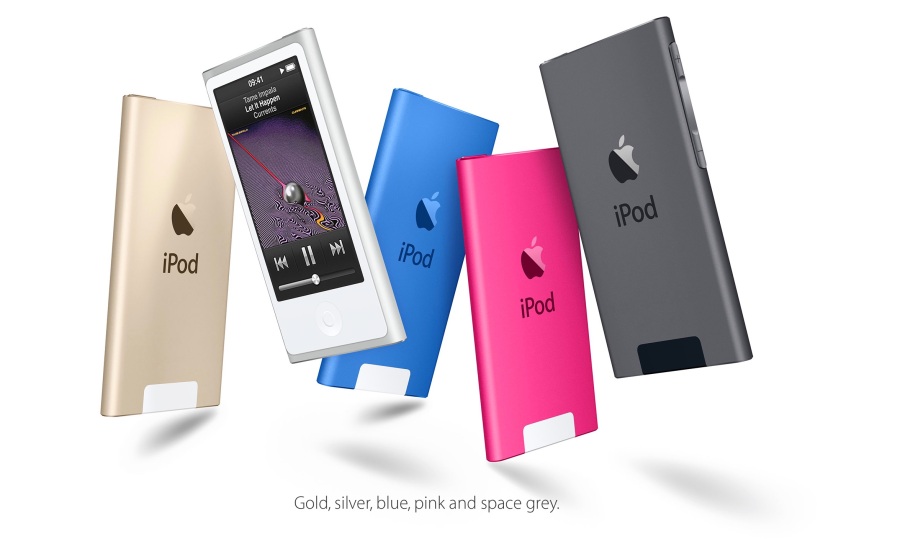 If someone came up to you and said the iPod Nano has a massive update, you’ve permission to shout wrong in their face as, per usual, the Nano didn’t really get any sort of update to be honest. Apple did however incorporate the new colour scheme, following the same Gold, Space Grey, Silver, Blue and Pink combination, the same (RED) option is also available, however kept the iPod Nano with the same 16GB Storage, no expansion, and no real changes to the design, something we’d actually of liked to have seen.

Still, the iPod Nano is still available in it’s new fangled colour options, for the same retail price of £129. 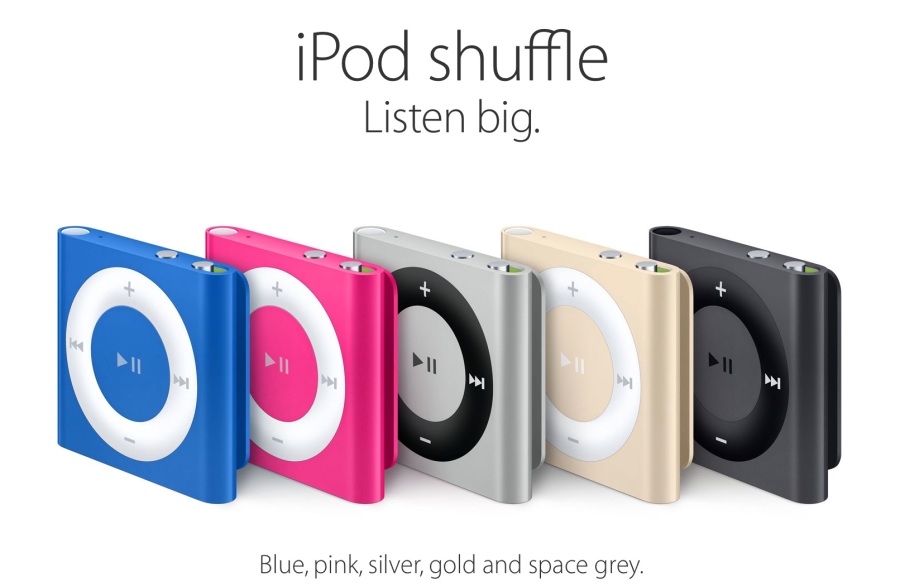 The unimpressive, muted updates continue with the iPod shuffle, with a rather similar story than the iPod Nano, more or less the same style update, with the only changes being the new signature iPod colour scheme, which personally we’re not too sure about, but it’s up to you on that score.

The same 2GB iPod Shuffle now in all new colours will continue to be available for the same £40.

So, there you have it, the new iPod update from Apple. Whilst much more muted than normal, still an incredible update in regards to the iPod touch, whereas an expected basic update to the Shuffle and Nano. One thing we will say is we’re actually excited about an iPod, which is something no one could ever say yesterday, or a couple of year back actually.