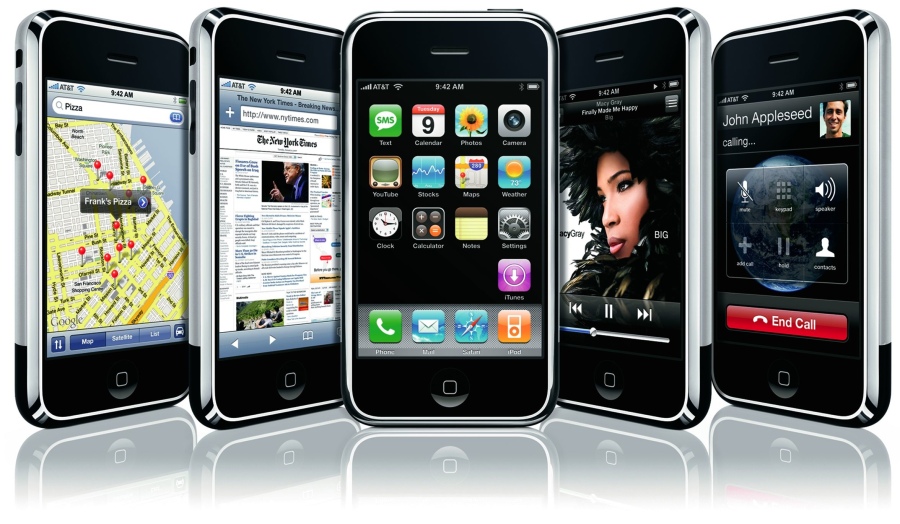 With Apple fresh on the heels of a whole new design and user interface in iOS 7 and likely their entire future roadmap, we thought it would be quite fitting to go back to the days of the first iPhone, the one that started it off, the one that revolutionized the entire mobile industry! … What, don’t believe it did, well, why not check out some flagship devices on sale when the iPhone 1 was introduced.

We’ll do thinks alphabetically and show the latest and greatest from the TOP phone manufacturers of the time …. bare in mind, most of these companies don’t even make phones anymore! All these phones listed below were the flagship* *or best known device sold at Christmas 2006, bare in mind the iPhone was first previewed January 2007, despite been released in June of that year.

Believe it or not, the Blackberry Pearl was RIM’s (company name at the time, now Blackberry) first major attempt to get in to the consumer market after strong sales of Curve devices in the Enterprise. The device had a screen resolution of 240 x 260 … yes, that was impressive back then! The device also had a two button letter keyboard, which I think it’s fair to say users were very divided over! Must’ve been good enough, RIM sold 15 million of these things. Available for around £120 on Pay as You Go with GPRS and EDGE services!

In 2006 Motorola had a problem, their most successful product even to this day, the RAZR V3 was selling like hot cakes, but they needed a successor, out popped the KRZR K1. The device never really had a sequel product, still sold the same as the Pearl at 15 million. The device had dual displays on the inside and outside of the Flip phone structure, although the main display was noticeably small compared to the devices structure. The device did bring great things in comparison to the V3 though such as Stereo Bluetooth, a microSD card slot and not to mention that gorgeous blue design. The device retailed for around £250 SIM Free.

Remember when Nokia used to rule the world, well of phones anyway, and with their Symbian efforts they weren’t doing too bad at ruling the then “Smartphone” race either. With their N series of phones doing well, Nokia decided to hint some user friendly touches and appearances to their Smartphone line with the 6280, which looks strikingly like most Nokia devices of the time. The device was a Slide up device (as apposed to Flip phones) and actually offered 3G too, which was rare for a consumer device. However the device was rather fat, but feature rich with both Infrared and Bluetooth with data sharing, FM Radio, a 240 x 320 display (I’ll never get bored laughing at those specs), MiniSD card expansion and many more, and available on the then new 3 network. £280

Ahh Palm, the original Smartphone I always say! Along with Blackberry, Palm was one of the massive Smartphone manufacturers of the day, 2006 may have been when it all started crashing down, but nostalgia never fails to bring a tear to the eye, like when WebOS never worked out. The Treo 680 was the best seller in 2006 and featured a 64K colour display of 320 x 320 that was “even readable in direct sunlight”, they claimed, and run Palm OS. The Treo had some tough competition that year too with devices such as the Peal and even Samsung’s BlackJack, but the Treo was always favoured by Business’ around. The device supported a gastly VGA Camera, the classic Palm keyboard, a silent ringer switch, SD card on the right of the device and included stylus to use the Resistive touchscreen. £299

I was always a massive fan of Sagem, picking my first one, a myX-2, and getting a myV-65 for half the price of a Nokia with less features. Sagem were always the underdogs, in fact the myV-65 / myX-6 was their best selling device at 5 million, although availability was terrible as was with most phones they tried to sell. The my700x was their flagship of 2006, also branded their music phone (hense the Play button for OK) featuring a QVGA display, a 2 megapixel Camera**, Bluetooth, miniSD as well as Java Games like the rest of them, and overall an awesome phone, I miss Sagem really do. I actually reviewed the my700x back in the day which is still available here! £150 / €170

Ah Samsung, it’s mad to think that Samsung was back in the day quite a low-key player in the phone market. In 2004, Samsung had their first major big hit, the D900, and since then never found any ground, look at them now! The D900 was the highest selling Samsung phone of the year even with just 3 Million sold. Samsung later released a D900i made out of better materials (yes Samsung even back then used crappy plastics). The D900 was Quad band with Bluetooth, 60MB internal with a microSD (up to 2GB), VGA camera, Java Games and video out though Samsung adapter … which wasn’t really worth it based on CIF+AMR (352×288) video recording on phones at the time. £varied

Anyone remember Sony Ericsson, you should do it was only a year since the company became just Sony keep up! Back in the day, Sony had two major code names to sell phones, Cybershot and Walkman, in this “W”alkman was the case. The W810 was the most popular Sony Ericsson of 2006 and featured Sony’s proprietary micro Sony Memory Stick Duo memory card slot too. The device is essentially a music version of the K750i and everything had one of those! Other features include a 2 Megapixel Camera, Bluetooth and all of the other usual stuff. £250

So, with everyone unwrapping these phones for Christmas, up came 2007 and Steve Jobs took up the stage at MacWorld 2007 and unveiled this! 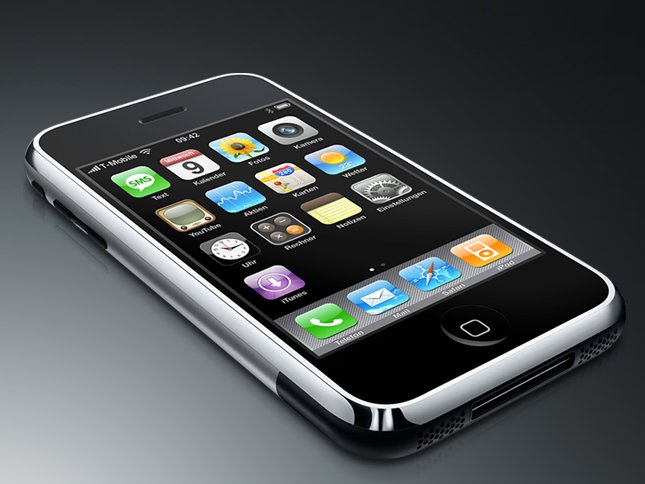 Yeah, quite a leap. The iPhone looked different to anything on sale at the time, Android was only talk around the Google offices, and even that looked Blackberry like at the time, this was something not seen before, and it really did, re-invent and also ignite the Smartphone!

Whilst the first iPhone wasn’t really complete, the 3G helped spark the real punch of the iPhone introduction with the App Store, which eated out anything GetJar could offer, nothing compared! The iPhone had a 3.5 inch capacitive touch screen, none of that resistive rubbish. And … well, you know what the iPhone is, but I think it’s fair to say that this gives many of you just some perspective of just how BIG the iPhone really was at the time!

Apple have of course recently finished WWDC ’13, which we’ll have a post about by the end of this week!