I’m fresh from just doing the X-Factor tweeting and thanks to all the people who have @’d me with feedback from the show, anyway back to the blog, and may I just say what is wrong with me a lately, I haven’t been writing much blog recently have I, and ya know what the excuse is, well, I don’t know to be honest why, well I was gonna write about most of what I am today on Thursday but I had to finish off an assignment for college and didn’t on Friday for some reason so now is the time, yeah!

New Desk
Finally got one, and its awesome, normally my blogs are delayed due to me having to use the laptop to type with as it was impossible to type on the old one, but this new one is perfectO. On an unrelated note I keep forgetting I’ve got a drink, I mean a pints lasted over an hour and half, whats going on there, anyway, back to the story. The desk is wooden “touch wood”, … which means its sleek and I don’t particularly have to use a mouse mat, even though I spent all of the last couple of months promoting the RKUK one. So, yeh top marks for the desk, oh and not to leave the chair out either, you are as well awesome, well, y know, its a chair, but I better praise it or else it will collapse and I will die, you’re awesome chair … really … yes you are!

You may have seen the above image around, basically this is the new RKUK Promo, promoting the big change in videos on 2010, you maybe thinking, ‘Ben, didn’t you have one for 2009?’, well … no, actually, all we promised was further work on stuff we we’re working on, which we did and have been doing mostly behind the scenes as I will now explain.
On Wednesday, or it might have been Tuesday, anyway, me, Rob and his brother James went on a random trip to White Rose, why, well because Rob wanted to travel all the way their to get something he could of got in every shop we passed on the way their, anyway, turned out OK to be honest, nothing that out of the usual, we arrived closed to closing time, I had McDonnalds, which may I say are waaaay better than the ones in Dewsbury, and that was it really, got home and that was that.
Or was it, don’t know why I made that sound epic, but anyway, I had a very reassuring conversation with Rob about the future of RKUK Videos which was very good and I’ll give you the low down of what to expect in 2010. Me and Rob, or individually sometimes will be doing a whole lot more video updates to give you a closer look at what we’re doing, we’ll be doing a hell load of RKUK Live Shows, this may be later on in 2010, we’re talking Q3 time their, but I’ll be doing behind the scenes stuff on that, as well as, well, more videos and more better videos as well. We’re going to work hard on editing videos to make them not only be better but look better, as well as obviously improving the content, and of course in 2010 we’re going to put all our behind the scenes plans into motion, to watch out!

FaceBook have recently taken yet another update to their social networking site, which is yes annoying but if you ask me, updating something which makes it better is welcome everywhere, and I can’t see why FaceBook is an exception, I personally like switching from Live Feed to News Feed, difference being, News Feed shows all your friends latest posts, whilst Live Feed shows all feeds based on date of been added. So, for me atleast, I don’t mind it. 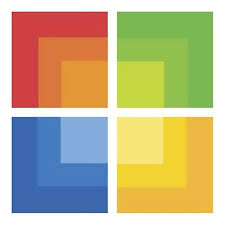 In the early 90s Apple introduced the best easiest way to get a Mac, as that was all Apple made back then, a physical store, which of cause now you can use to experience the iPod and iPhone amongst all other Apple products, to me it’s more of an Apple Aquarium, no store compares to it. When the rumours started brewing on the possible Microsoft Store, I was thinking, why? Why, because Windows based machines are in every shop that sells computers, apart from Apple Stores, for obvious reasons, and the X-Box isn’t hard to find either, then it hit me … ZUNE! I think Microsoft are planning to make the Zune more well known by letting people check out the product which many people have looked at, and lets face it none have been that attractive so far until the latest Zune HD, which may I just say is only HD when plugged into a HD TV. But its a reality folks, Microsoft have confirmed they will start making stores in the US, and I expect them to be all over soon enough, but here’s the ‘taking the **** part of the story’, many Apple Store employees have been said to have been offered jobs in Microsoft Stores when they come and will get better pay, ooo, and to add to that Microsoft have plotted some Microsoft Stores directly next to Apple Stores, ironically on the left of the Apple Stores perfectly in position of where Apple put the PC and Mac in their ‘GetAMac’ ads. This is a dirty trick put on Microsoft, but I suppose based on the stocks, Microsoft are down alot compared to last year, whilst Apple report another record breaking year, and quarter, you’ve to do something haven’t ya.

Holiday Season
Yes, its here again, yes maybe only for a week, but its the holiday season and to celebrate this time we’ll be adding 6 Selection DVDs onto RKUK Media through the week, Selection 18, 19 , 20, 21, 22 and releasing the new Selection 76 at the end of the week, so yeh!

But thats all captivating <<what? at the moment, E-Ya Later

My name is Ben and I'm an extreem randomist and I think because of this all my friends are too. In spare time I make videos with friends on YT and more for RKUK Online. It's all epic! View more posts